On 18th and 19th January 2016, the Friedrich-Ebert-Stiftung in cooperation with Save Youth Future Society (SYFS) organized the second selection conference for the Young Leaders Program (YLP) in Gaza.  A five-person jury was tasked with selecting 26 engaged and talented young people – who are still completing their studies or are active with various local NGOs – to take part in 2016’s YLP. 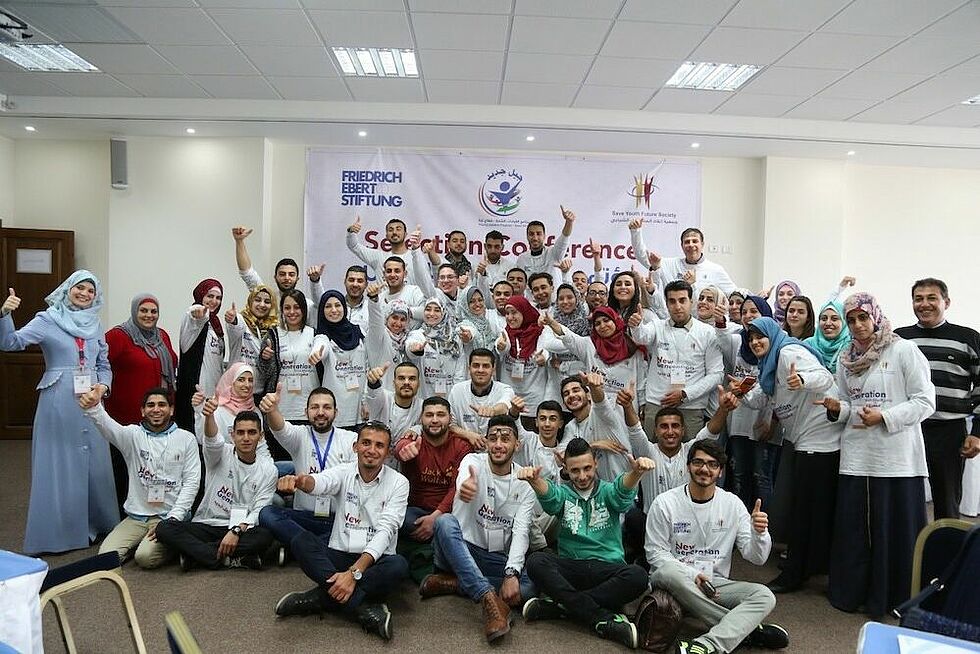 Following the successful completion of the first generation of YLP, over 1000 young people from Gaza applied for the second generation. 48 applicants received the opportunity to prove their leadership potential at this year’s selection conference. The selection process involved a written test, a personality test as well as a group activity. As such, it was a test not only of political and historical knowledge, but also of presentation and communication skills.

The project, which was first launched in 2014, aims to provide young Palestinians with the necessary skills to take an active part in their local socio-political life. The workshops and training sessions aim to make participants aware of the challenges inherent in their surrounding political reality and enable them to develop the initiative to push for societal and political change.

The Friedrich Ebert Foundation organizes YLP in ten countries in the region and is pleased with its continuing popularity following its inception. First generation participants in Gaza helped out at this year’s selection conference and thus a long-term interest in the program has developed among its alumni. In the long term, the program will help youth from Gaza acquire the skills they need to take part in decision making processes in the Palestinian territories, which remain dominated by the older generation.