After four years of preliminary examinations, the Chief Prosecutor of the International Criminal Court (ICC) in December 2019 decided to open an investigation about alleged war crimes committed in Palestine. The case now lies before the Pre-Trial Chamber in order to determine whether the ICC has any territorial jurisdiction over the West Bank, East Jerusalem and the Gaza Strip. 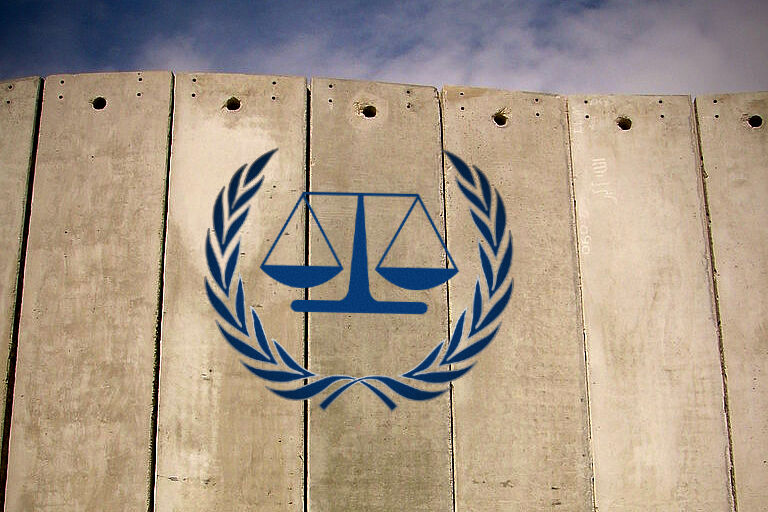 On 14 February 2020, according to Israeli newspaper Haaretz, Germany filed a request to the International Criminal Court to become a “friend of the court” (amicus curiae) with regard to the question of the scope of territorial jurisdiction the court may exercise in the Palestinian Territories. In its statement, Germany sided with the Israeli argument that the ICC had no jurisdiction over the Palestinian Territories since they did not constitute a state under the criteria of international law. The petition did, however, include the call for a “negotiated two-state solution and hence the goal of an independent, democratic and viable state of Palestine”. According to the petition, this goal could only be achieved through direct negotiations rather than court proceedings.[1] One day prior to the German petition, the Czech Republic also had requested joining the court proceedings in favor of Israel.[2]

These recent developments follow a statement made by the Chief Prosecutor of the ICC, Fatou Bensouda, on 20 December 2019, in which she announced her satisfaction that all the statutory criteria under the Rome Statute of the ICC for the opening of an investigation in Palestine have been met. More specifically, she declared her conviction that war crimes have been and are being committed in the West Bank, East Jerusalem and the Gaza Strip, that the situation would be admissible and that there are no substantial reasons to believe that an investigation would not serve the interest of justice.[3]

How did we get to this point?
On 1 January 2015, the State of Palestine issued a declaration under Article 12(3) of the Rome Statute of the International Criminal Court (ICC), in which it accepted the Court’s jurisdiction over alleged crimes committed "in the occupied Palestinian territory, including East Jerusalem, since 13 June 2014".[4] This was possible in spite of Palestine not being a state party to the Rome Statute at that time, since Article 12(3) allows for states to accept the exercise of the Court’s jurisdiction for specific crimes in question.

Moreover, the Palestinian government requested accession to the Rome Statute on 2 January 2015 and as a consequence, Palestine became a state party to the Rome Statute on 1 April 2015. Therefore, the ICC is now able to exercise jurisdiction over crimes committed in the West Bank, East Jerusalem and the Gaza Strip and which are punishable under its Statute. Israel, on the other hand, is not a state party to the Rome Statute and therefore not subject to the Court’s jurisdiction, unless its case would be referred to the ICC by the UN Security Council, which is extremely unlikely to happen due to a presumable veto by the United States.

As a consequence and as part of her preliminary examinations, the Chief Prosecutor of the ICC examined issues in Gaza, the West Bank and East Jerusalem, inter alia actions committed by the IDF during “Operation Protective Edge” in Gaza in 2014, over the course of the “Great March of Return” since March 2018, the settlement of Israeli civilians into the West Bank, and the demolition of Palestinian property. In addition to that, the OTP also stated that "all parties are alleged to have committed crimes during the […] conflict”[7], which is why the conduct of Palestinian armed groups would likely be included in the investigation as well.

Now, after having stated her conviction that war crimes indeed have been committed in the Palestinian Territories, the Chief Prosecutor has sought clarification from the Pre-Trial-Chamber I of the ICC in order to determine the exact territory over which the court may exercise jurisdiction. In the opinion of the OTP, this territory should comprise the West Bank, Gaza and East Jerusalem. On 28 January 2020, the Pre-Trial Chamber invited Palestine, Israel and other interested states, organizations and persons to submit their observations regarding the territorial scope of the jurisdiction. It is this request to which Germany, the Czech Republic and Austria reacted with their petitions.

Reactions from Israel and Palestine
In response to the announcement of the OTP of the ICC on 20 December 2019, Israeli Attorney General Mendelblit issued a statement in which he announced his legal opinion that the ICC had no jurisdiction over the Palestinian Territories. He based his opinion on the argument that only sovereign states can refer situations to the ICC, which, according to him, would disqualify the referral by the PA, which did not match the criteria for statehood as set out by international law. Moreover, he said the ICC had no jurisdiction over Israel since it was not a party to the Rome Statute and that "Israel also has valid legal claims over the same territory”.[8] Israel’s prime minister Benjamin Netanyahu has denounced the investigations and went as far as calling for sanctions against ICC officials, stating that “the US government under President Trump has spoken forcefully against the ICC for this travesty, and I urge all your viewers to do the same. To ask for concrete actions, sanctions, against the international court – its officials, its prosecutors, everyone”.[9] Fatou Bensouda, the Chief Prosecutor of the ICC, has also been subject to direct attacks from Israeli politicians and media. The Israeli newspaper Yedioth Ahronoth published an article titled “The devil from Gambia and the prosecutor from The Hague”, which dealt with alleged connections between the prosecutor and the former dictator of Gambia.[10]

In contrast to the Israeli side, Palestinians have responded favorably to the ICC investigations. On the day of the prosecutor’s announcement of the conclusion of the preliminary investigation, the Palestinian foreign ministry welcomed “this step as a long-overdue step to move the process forward towards an investigation, after nearly five long and difficult years of preliminary examination".[11]

For the Palestinian leadership, the ICC proceedings pose a rare opportunity to hold Israeli individuals accountable for war crimes, crimes against humanity and other grave breaches of International Humanitarian Law (IHL) committed over the course and as part of the prolonged occupation. Moreover, the ICC investigations expose Israeli wrongdoings once again to the international community, therefore strengthening the Palestinian cause. Accordingly, Saeb Erekat, the head of the national committee responsible for following up on the International Criminal Court, has announced that “the decision announced by the Office of the Prosecutor of the International Criminal Court to request an opinion by the Pre-Trial Chamber regarding the scope of the Court’s territorial jurisdiction in the situation in Palestine is a positive and encouraging step that brings us closer to the opening of a criminal investigation into the war crimes committed in Palestine, putting an end to the impunity of the perpetrators and contributing to the achievement of justice”.[12]

In its referral of the situation to the ICC in May 2018, the Palestinians had urged the OTP to increase the speed of the preliminary examinations and move on to conduct a real investigation of the case. The referral also includes a concise list of war crimes and other breaches of International Humanitarian Law that have allegedly been committed by Israel within the occupied territories.