On May 28 and May 30, the two-day interns exchange between the FES Israel and the FES Palestine took place, in order to gain insights into the work and ongoing projects and activities of the respective FES offices and to meet with staff members and partner organizations. 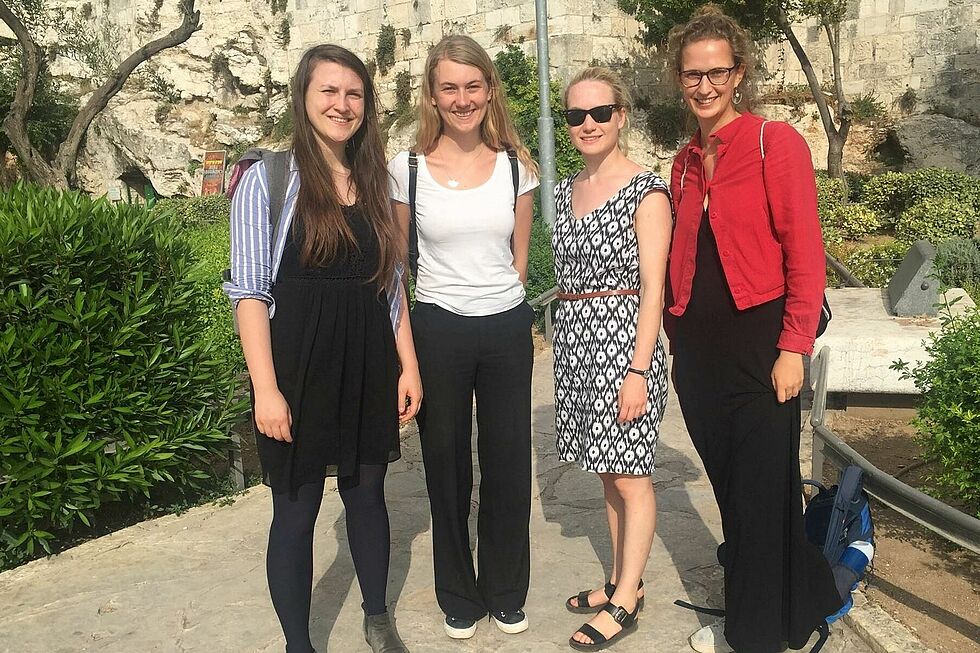 During the first part of the exchange, the interns from FES Israel, Theresa and Ursula, visited the FES Palestine office in East Jerusalem, where they participated in a team meeting and met with several team members. Program Managers Christoph Klement and Dr. Usama Antar introduced Theresa and Ursula to their work at FES Palestine, their partner organizations and expounded the current political situation. Afterwards the interns met with FES long-term partner organization, International Peace and Cooperation Center (IPCC), in Jerusalem, discussing their work in research and support of urban rights of Palestinians and the current challenges of urban planning in Jerusalem.

Later on, they met Mahmoud Mona of the Educational Bookshop, to talk about the situation of cultural institutions in East-Jerusalem and the political aspects connected to their work. The evening was concluded with a political tour around the old city. On the second day the FES Palestine interns, Pauline and Neele, went to Herzliya to visit the FES Israel office. Before meeting with the staff members, the group went to visit the Museum of the Jewish People in Tel Aviv, in order to learn more about Jewish history around the world. Back in the office, they met with the staff and joined a team meeting to learn more about the current projects and topics of the office. Of particular interest were the conversations with Program Managers, Judith Stelmach and Micky Drill, in which they talked about the history of the office and discussed the opportunities and difficulties of the current projects of the FES office and of the political situation inside Israel.