The Friedrich-Ebert-Stiftung (FES) hosted Thomas Oppermann, Chairperson of the Social Democratic Party (SPD) Parliamentary group and member of the German Bundestag in the Palestinian territories on 11 April 2017. 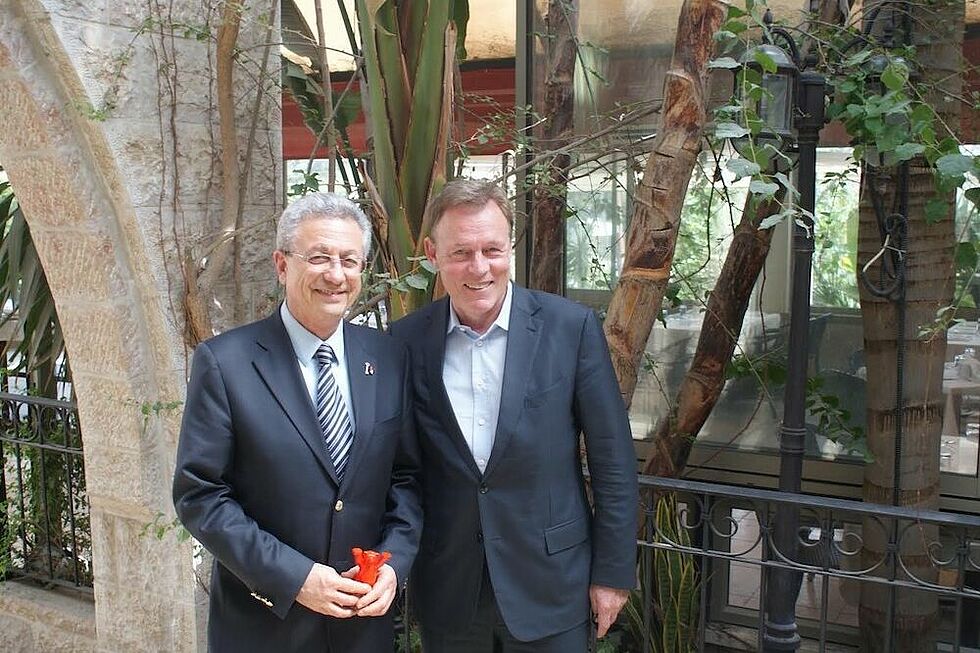 Following a political briefing with Peter Beerwerth, Director of the German Representative Office in Ramallah, Mr Oppermann travelled to Birzeit and spoke with businessman Alaa Sayej about the difficulties facing young Palestinian entrepreneurs. An in depth-discussion with Dr. Mustafa Barghouti, General Secretary of Al-Mubadara, gave Mr Oppermann the chance to explore possibilities for future German involvement in the Middle East Peace Process.  Finally, Mr Oppermann met with Bethlehem’s Deputy Mayor, Issam William Juha, to discover how the diverse city is taking steps to ensure that community relations remain strong in the face of the ongoing Israeli occupation.