In cooperation with our partner, Save Youth Future Society (SYFS), FES conducted a new training and debate session about “Freedom of opinion and expression”, which took place in Gaza city on January 13th & 14th, 2017. 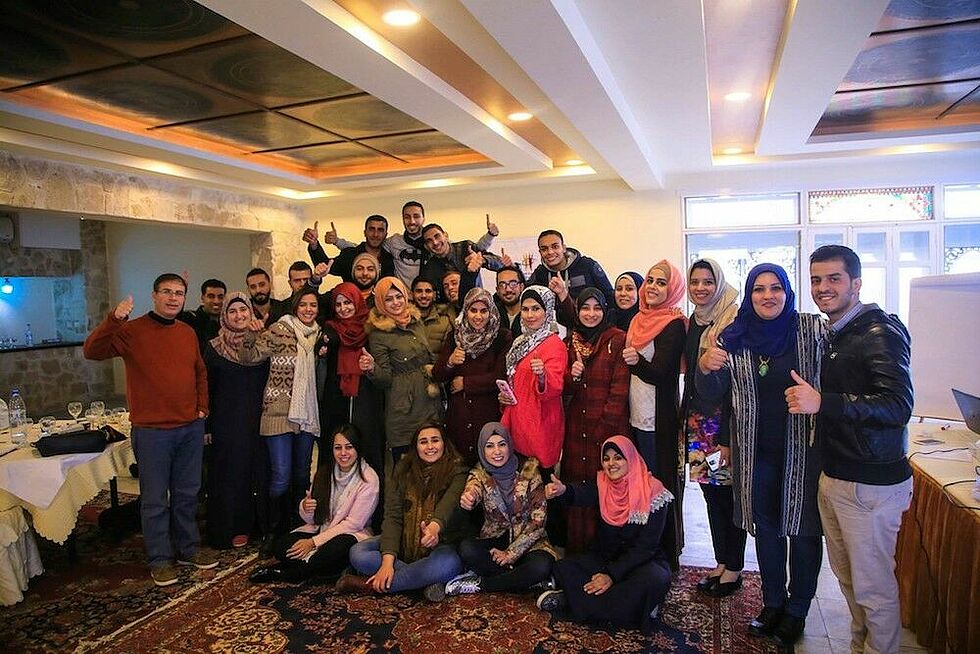 Afterwards, the participants were familiarized with the term “defamation” along with providing examples of defamation cases. In particular, it was shown in how far certain messages on social media websites can be considered offensive. An overview of the legal responsibility that each individual has while expressing his or her opinion was presented to the participants. A special focus was given to the fact that individuals have to be very careful about the way in which they express their opinions.

The Young Leaders Project targets active and talented youth and aims at empowering their capacities, knowledge and personal skills to enable them to play a meaningful role in the socio-political life in the future, and in order to lead to positive change in their community.