In cooperation with the Palestinian Non-Governmental Organization’s Network (PNGO) the Friedrich-Ebert-Stiftung (FES) organized a conference on “The Vision and Role of Civil Society Organizations in Achieving the National Reconciliation” on 28 March 2016 in Ramallah. 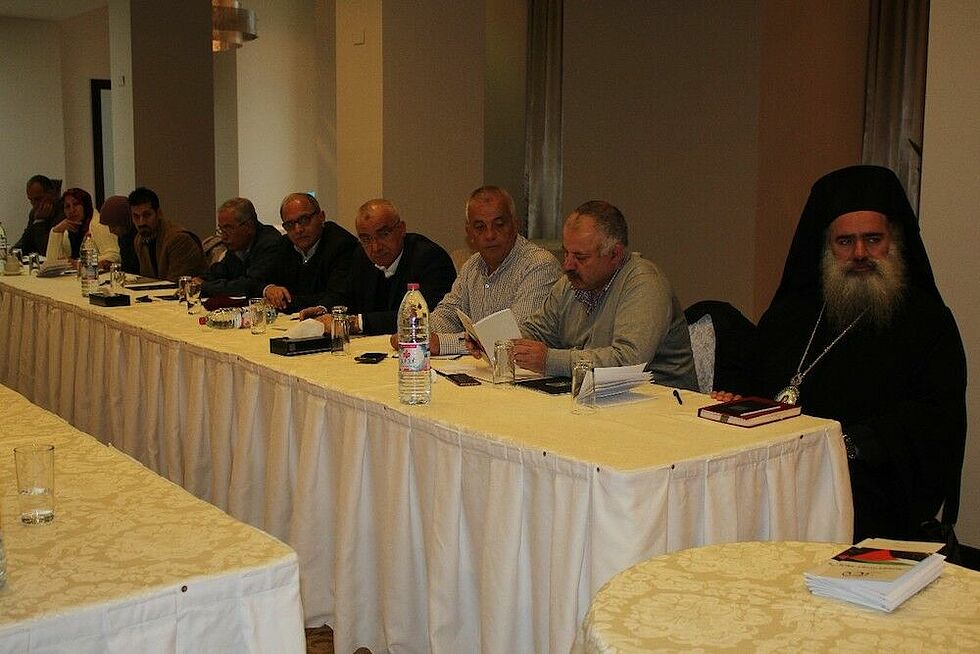 The conference’s main goal was to clarify the role of civil society organizations in context of ending the split between Gaza and the Westbank. In the first panel the 25 representatives of several Palestinian NGOs located in the Westbank and Gaza analyzed the socio-political situation in the Palestinian Territories as a whole. Before that background the participants discussed possible measures to contribute to the reconciliation between the people in Gaza and the Westbank and thus, to overcome the National Split.

During the second panel the participants decided to found a committee, aiming to develop new initiatives for the purpose of reconciliation. Also, other civil society syndicates, mainly regarding journalists and lawyers, which are divided between Gaza and the Westbank, shell be brought together in this framework. The next conference, which is scheduled for the middle of May, will deal with the proposed initiatives, which shell be implemented in working groups, in which NGOs from the Westbank and Gaza will participate.