Friedrich-Ebert-Stiftung, in cooperation with its partner Woman Technical Affairs Committee (WATC), conducted a series of workshops entitled “Social Media Campaign – Palestinian Youth for Reconciliation” in the period from August to September in Ramallah and Gaza. The series concluded with a final workshop on 24 September, in which the participants from Ramallah and Gaza held a video conference and worked together on specifying and implementing the strategy for the campaign. 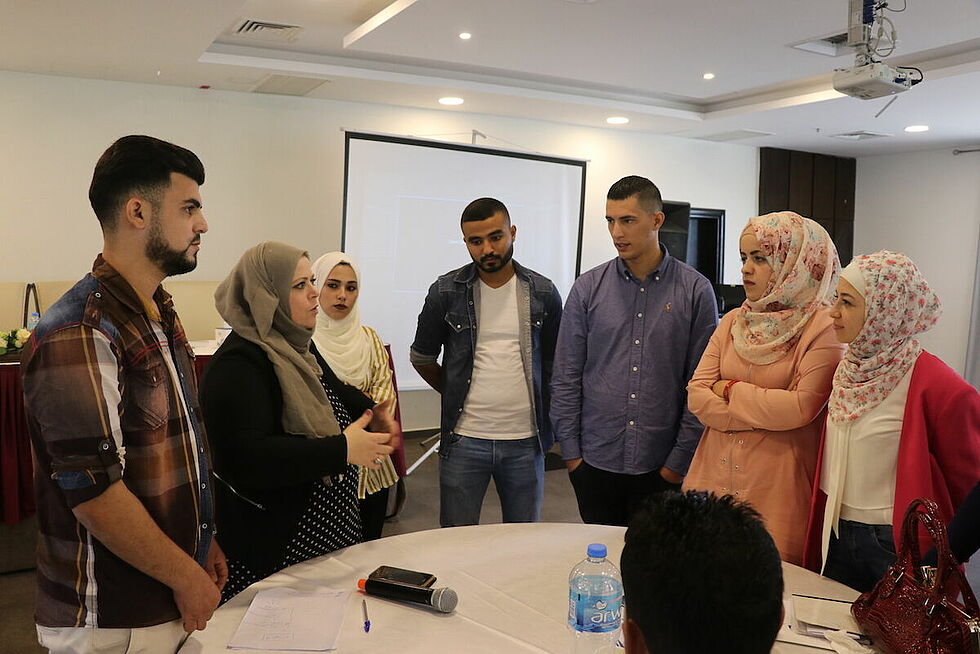 The second session of the workshop was divided into three parts, consisting of both theoretical and practical components.  Huda E’layan, Member of WATC General Assembly (Westbank) and Amal Amad, in charge of General Union of Palestinian Women (GUPW) in Gaza gave a presentation on the role of women in Palestine in context of reconciliation and division. In the concluding practical part of the workshop the participants drafted a position paper, which was to serve as the basis of the ensuing campaign.

After further content-related input in the third workshop series regarding to the issue of human security, the focus of the fourth and penultimate workshop was on the definition and strategy setting of the Social Media Campaign. The participants elaborated the basic elements of a campaign, designed campaign objectives and discussed a variety of tools and products, which would help to realize the campaign.

In the final session of workshops in late September, group members in the West Bank and Gaza worked together to develop a tentative campaign plan against division based on the knowledge they gained.

FES would like thank all speakers and participants for the numerous fruitful debates and the remarkable cooperation of the groups from the West Bank and the Gaza Strip.