As a part of our cooperation focusing on “Asserting the Rights in East-Jerusalem”, the second FES-CAPI seminar was conducted at the Ono Academic College in Jerusalem in September, with the participation of twelve students of law. 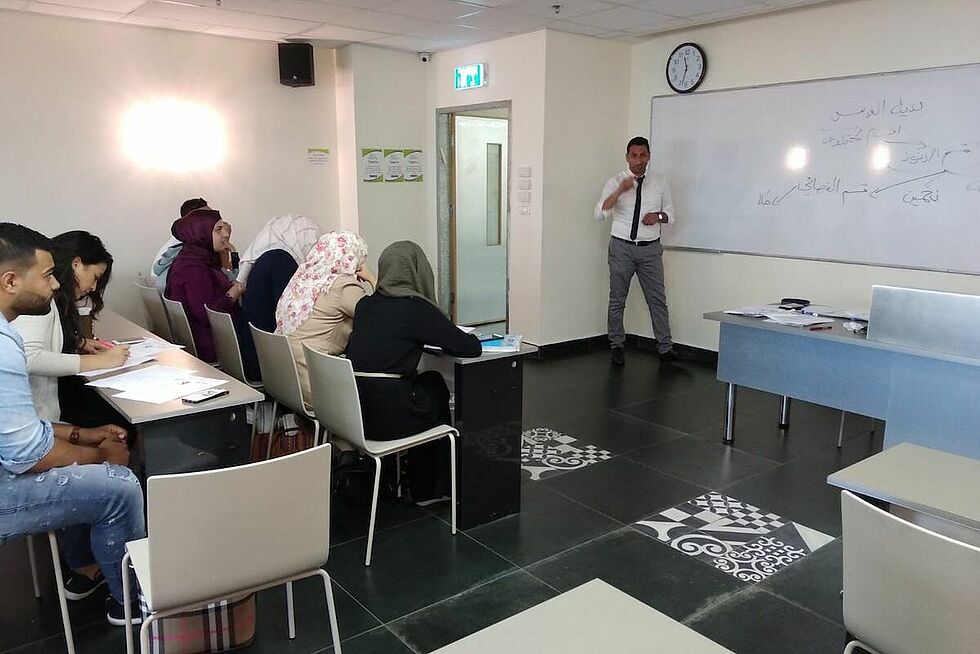 After Dr. Meir Margalt, welcomed the students, lawyer Samer Suleiman gave a lecture in order to raise awareness of East-Jerusalemites’ rights within the municipality and to strengthen their role as multipliers. First, Suleiman asked the young participants to bring samples of how they got affected by an exaggerated Arnona tax demand. He pointed out which means the municipality applies to increase the profit of the tax system and what countermeasures exist to reduce debts of individuals within the system. Second, he provided the students lessons in legal assistance by explaining to them how to identify inflated tax requests and how to fill out municipal forms to prevent future misbehavior from the official side.

The workshop concluded with a Q&A session, where the students had the opportunity to discuss issues on both legal and practical political realities in Jerusalem and how to approach and counter them. The students followed the lecture attentively and showed great interest in a further discussion on legal advice in the tax system.