While the Israeli government announces to withhold $138 million in Palestinian tax payers money, the Palestinian Authority might soon find itself on the brink of financial collapse. 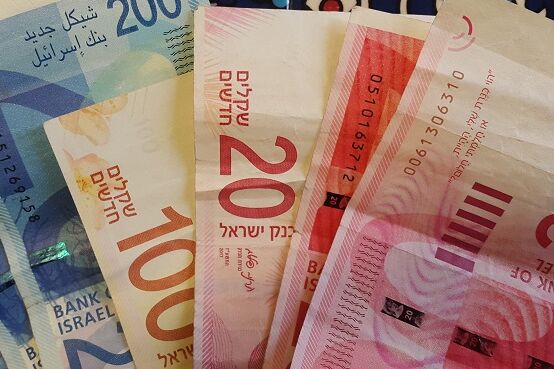 The Israeli government announced withholding $138 million in tax transfers to the Palestinian Authority (PA) on February 17th, thereby implementing a law that passed the Knesset in July 2018. The law allows Israel to withhold Palestinian tax revenues equivalent to payments made by the PA to current or former Palestinian prisoners in Israel, their families as well as Palestinians killed by Israel for attacks or suspected attacks against armed forces or civilians – in the Palestinian narrative often referred to as “martyrs”.

The sizeable Israeli cuts in Palestinian tax revenues may threaten to result in a financial collapse of the PA. Palestinian taxation policies are subject to the Paris Economic Protocol. The Protocol was signed by the PLO and Israel in 1994 and incorporated into the Oslo II Accord in 1995. It formalizes a customs union which effectively merges the Palestinian economy into the Israeli economy in all but name. The Paris Protocol avoided an economic border between the State of Israel and the PA.

According to new outlet Al-Monitor, such an economic frontier would have been perceived as a sign of Palestinian sovereignty and was therefore unacceptable to Israel. The protocol provides that the PA itself collects only a minor part of the taxes paid by Palestinians, while the majority of taxes are collected by Israel and then forwarded to the PA. Over the years, the Israeli government instrumentalized this agreement as political leverage on the PA. It has repeatedly used the arrangement of the Paris Protocol as a means of pressure or punishment to influence Palestinian politics. This, for instance, was the case during the Second Intifada, after the Palestinian legislative election in 2006 and as a reaction to the PA’s upgrade to being a permanent observer state at the UN in 2012. Over time, many might have come to be under the false impression that the money being held back was a grant, while it actually is the money of Palestinian tax payers. Therefore, many Palestinian voices call the practice of freezing those payments a robbery or piracy by the Israeli state at the expense of Palestinian socio-economic development.

After recent cuts in international grants and donations to the Palestinian Territories, a suspension of part of the clearance revenues by Israel will worsen the already difficult financial situation of the PA. In 2018, US President Donald Trump signed the Taylor Force Act into law. The law demands that the US cuts its economic aid to the PA as long as it continues to make payments to Palestinians who are or have been prisoners in Israel as well as “martyrs”. Furthermore, the US, formerly the largest single donor of UNRWA, withdrew from contributing to the budget of the Relief Agency and cut $200 million of the budget of its main development agency, USAID. In general, international budget support to the PA has been decreasing over the past years. Between 2013 and 2017 alone, the external support to the PA’s budget has dropped by 57%.

Despite significant budget deficits, the PA will hardly be able to suspend the payments made to prisoners and their families. „Palestinian society at large sees the prisoner welfare system as part of ‘life under occupation’, so for the Palestinian leadership to abandon this practice, especially under Israeli pressure, would be all but politically unthinkable“, Harry Fawcett of Aljazeera notes. Instead, the PA seems to be resorting to short term solutions in form of budget cuts in other areas. Palestinian Minister of Finance, Shukri Bishara, announced the PA would pay all salaries of its employees under 2.000 NIS in full, while any amount on top would be cut by 20%.

Before the Israeli government had even announced the implementation of the law, PA President Mahmoud Abbas indicated that he would not accept any payment by Israel at all, if it would cut the tax revenues. Should the PA decide to follow through, the result would be a cut in the PA’s budget of about two thirds. With decreasing international monetary support, the Israeli policy of withholding revenues of Palestinian tax payers might not only limit the PA’s room for maneuver, but put it on the brink of financial collapse.