The Israeli Knesset passed one of its most controversial bills in recent times, the so-called 'Regularisation Law', earlier this week. 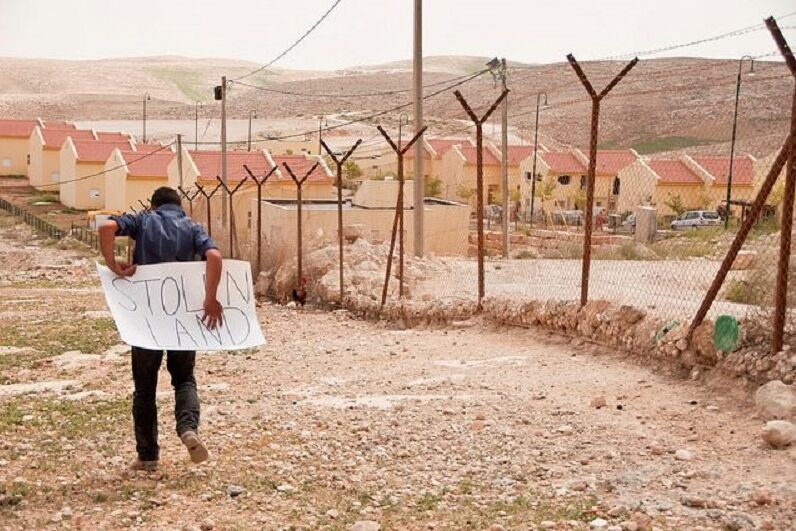 After the new law was passed, Palestinian human rights organisations, including the Al Mezan Center for Human Rights and the Jerusalem Legal Aid and Human Rights Center, wasted no time in petitioning the Israeli High Court to nullify the law. They argue that the law violates international law and allows Palestinian land to be "expropriated in favour of Israeli settlers in the West Bank, based on ethnic-ideological grounds". The Palestinians lawyers may succeed: As the law dispossesses private land for private purposes, most legal experts expect the Israeli High Court to overturn the law.

While many in the international community have expressed blunt outrage – including Germany – Palestinians are pushing for more substantial action in response to a move that gravely threatens any chance of salvaging the two-state solution. By legalising the settlers’ use of Palestinian-owned land, Palestinians have lost the possibility to petition the Israeli courts regarding the misuse of their private property. However, as the Israeli NGO B’Tselem has shown, Palestinian property rights were already seriously diminished due to a complex legal and bureaucratic mechanism that has long prevented Palestinians from returning to their land in the occupied West Bank.

The Palestinian leadership has been vocal in its indignation. Hanan Ashrawi, Executive Committee member of the Palestinian Liberation Organisation (PLO), claimed the law gives "clear licence to the settlers to embark on a land grab in the occupied West Bank with impunity" and that "such a law signals the final annexation of the West Bank". Palestinian President Mahmoud Abbas, who was visiting French President François Hollande at the time, has warned of dire consequences and grave implications in "the region and world in general". Abbas has threatened that the Palestinian Authority (PA) may decide to end security cooperation with Israel as a result of the new Israeli law. He has also raised possibility of referring the case to the International Criminal Court in The Hague, which Palestine officially joined in 2015.

Yet beyond the confines of the PA, the Palestinian leadership is hoping Israel’s decision will lead to a greater resolve on behalf of the international community to take positive steps in favour of Palestinian rights. Calls for Europe to recognise Palestine have been stepped up, with reports that Ireland may soon be following in the footsteps of Sweden – which recognised the state of Palestine in 2014. Indeed, Husam Zomlot, strategic advisor to Abbas, has called on "all countries that have not yet recognised Palestine, to do so as a response to Israel and the Netanyahu government’s conduct". Palestinians argue that recognising Palestine would cement the contours of the Palestinian and Israeli states and thus guarantee that the Israeli settlement project does not permanently endanger Palestinian statehood.

Palestinians know that international law is on their side. The Israeli law has been passed in the wake of the United Nations Security Council Resolution 2334, which states that the establishment of Israeli settlements in the occupied Palestinian territory “has no legal validity and constitutes a flagrant violation under international law”. Yet the question is, what will follow? While Palestinians are united in their plea for action, most fear that international commendation will quickly pass and that Israel will go unpunished. If Israeli is indirectly given the green light to continue, Palestinians worry that it will only be a matter of time until the whole of the West Bank is annexed by an increasingly emboldened Israeli government fearless of any repercussions.