On Monday, 15 May, fisherman Mohammed Majid Bakr was shot by Israeli naval forces and succumbed to his wounds later the same day in an Israeli hospital. 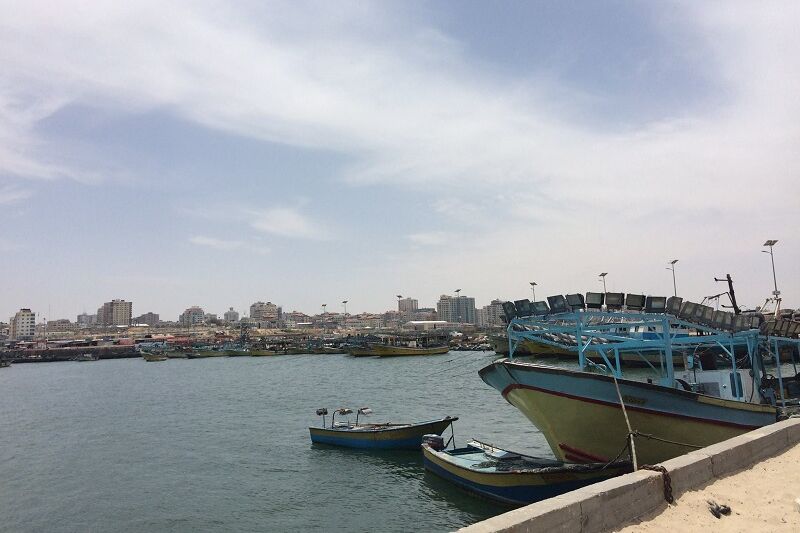 Photograph: The boats of Palestinian fishermen at the port of Gaza City. Credit: FES Palestine

The 23-year old resident of al-Shati refugee camp in the Gaza Strip was fishing off the northern coast of Gaza with two of his brothers and a cousin when they came under fire with live ammunition. The incident caused public outrage and demonstrations in the Gaza Strip and highlights once again the hardships of everyday life in the besieged Gaza Strip, where fishermen have to struggle not only for their livelihoods, but also for their lives.

According to Bakr’s cousin, Mohammed Zeyad Bakr, their boat was within three nautical miles off the coast of Gaza at the time of the incident, about 1.5 miles less than what Israeli authorities currently allow fishermen. He explained that soldiers had approached their boat and from a close distance fired at them, while not posing a threat to the heavily armed navy. A spokesperson for the Israeli army was however quoted saying that the boat had “deviated from the designated fishing zone” and had advanced further, despite warning shots being fired by naval forces. Bakr sustained wounds to the chest, was subsequently detained and taken to an Ashkelon hospital, where he died later that day.

The Oslo Accords stipulate that fishing would be permitted up to 20 nautical miles off the coast of Gaza, but in fact fluctuate between three and nine nautical miles. According to the Humanitarian Monitoring Report by UN-OCHA published in 2005, Israel had agreed to increase the fishing zone to 12 nautical miles under the so-called Bertini Commitments. While it may be true that this limit was observed at one point in the past, it was however reduced continually thereafter. The limits for fishing zones are decided upon by the Israeli District Coordination Office (DCO), which is responsible for a number of administrative issues in the Occupied Territories, and then conveyed to the Gaza Fishermen’s Association.

Following the takeover of the Gaza Strip by Hamas in 2007, Israel imposed air, sea and land blockades and heavy limitations on the import and export of goods. As a result fishermen in Gaza do not have the means or building materials to allow for the repair of their boats and equipment, argues Human Rights Organisation B’tselem. Against the backdrop of a decade-long ban on exports of fish into Israel and the West Bank, many in the once thriving fishing sector went out of business. While some sale in the West Bank has been allowed since 2014, it comes with limitations that raise the price and make it virtually impossible for the people in Gaza to export their catch.

Regularly Gaza fishermen report harassment and humiliation by Israeli forces. The Palestinian Centre for Human Rights (PCHR), for instance, documents incidents where Gaza residents claim to have been shot at while still being within allowed the fishing limits. Moreover, the Israeli navy arrests fisherman and confiscates boats on a regular basis. In 2016 alone 113 people were detained as well as 38 motorized boats seized – many of which have not been returned to their rightful owners. International observers and human rights organizations condemn restrictive Israeli policies to no avail.

The results for the fishing industry in Gaza are devastating. B’tselem reported in January 2017 that out of 10.000 fishermen in Gaza in 2000 only 4.000 remain, half of which are out of work and out of commission. Overfishing has significantly reduced the fish population and breeding grounds for fish are getting scarce, limiting the possibilities for Gazans to obtain basic and inexpensive food. As fishing grounds are depleting, it becomes increasingly difficult for fishermen to make a living. Consequently, 95% of Gaza’s fishermen live below the poverty-line and depend on international aid.

With no end to the Gaza blockade in sight, the remaining fishermen appear to have little choice but to put their lives at risk as they try to maintain what is left of what once was the backbone of the Gaza economy.