The case of popular Human Rights Defender Issa Amro, who currently stands trial in Palestine as well as Israel, highlights the dire situation of freedom of expression, as Palestinian activists face pressure and intimidation from all sides. 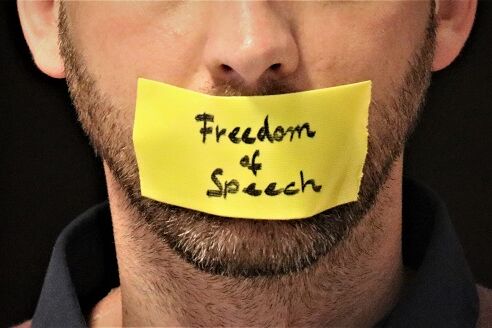 Renowned Human Rights Defender Issa Amro is facing charges in both Palestinian Authority (PA) as well as Israeli military courts this week. While the PA is charging Amro under the controversial cyberlaw for criticizing the Palestinian leadership, military courts in Israel will bring 18 charges against him. These all relate to his activities in defense of Human Rights of fellow Palestinians. At the same time, Hamas recently clamped down on protests advocating for better living conditions in the Gaza Strip, highlighting the dire situation of freedom of expression in all of the occupied Palestinian territories.

Issa Amro is one of the most outspoken defenders of Human Rights in Palestine, which in 2010 conferred him the title “Human Rights Defender of the Year in Palestine”, awarded by the Office of the High Commissioner for Human Rights (OHCHR). Youth Against Settlements, a group of activists which he co-founded and coordinates, focusses on non-violent protests and civil disobedience, mainly in the city of Hebron in the occupied West Bank. This week, he will make a first appearance in front of a Ramallah court on charges of violating the PA’s cyberlaw issued by a decree of President Mahmoud Abbas back in 2017. In its original form the law allowed for draconian punishments, such as hard labor or life in prison, for broad and loosely defined offenses such as “threatening the security and safety of the state” or “violating public decency”. At the initiative of several Human Rights Organisations the PA amended the law in 2018 and alleviated criminal penalties. However, it still did not sufficiently guarantee freedom of expression and opinion, as Human Rights Watch’s Middle East Director Sarah Leah Whitson expressed at the time: “the cybercrime law grants thin-skinned authorities virtually unrestrained power to block websites, conduct surveillance, and assemble reams of data on ordinary people”.

The PA’s crackdown on freedom of expression under the controversial law is best summarized by the case for which Amro now stands trial. After Israeli forces had stormed and destroyed the offices of a Hebron radio in September 2017, its director, Ayman Qawasmeh, called on PA President Mahmoud Abbas and then Prime Minister Rami Hamdallah to resign for their inability to protect the Palestinian people and institutions. When Amro criticized Qawasmeh’s arrest by the PA, he himself was held for seven days and, according to his own account, tortured by the PA security apparatus. Upon his release, the case was frozen and expected to be dropped. Yet, the PA decided to re-open the case against him, prompting Saleh Higazi, Deputy Middle East and North Africa Director at Amnesty International, to say: “It is disgraceful that Issa Amro is facing a prison term simply for expressing his views promoting human rights online.”

Just days after his court date in Ramallah, Amro will once again appear before an Israeli military court on 1 April. He is currently being tried by the Israeli military for 18 separate offenses going back to 2010, ranging from accusations of illegal demonstrations, insulting a soldier, to entering a closed military zone. The charges brought against him, deemed as a matter of “political prosecution” by his lawyer, were featured in a report by Amnesty International in 2016, where the organization asked the Israeli government to end its attacks on Human Rights Defenders. Not only did the report call on Israel to put an end to a climate of intimidation, it also asked the authorities to take steps to provide necessary protection. A recent report by 7amleh, the Arab Center for the Advancement of Social Media, documented 350 arrests of Palestinians in the West Bank by Israel in 2018 for charges of “incitement”, because of publications on Social Media. The Israeli Military Order 1651 that regulates much of the Palestinian life in the occupied territories broadly defines incitement to be “attempts, orally or in another way, to influence public opinion in the region in a manner which may harm public peace or public order” or a person that “publishes words of praise, sympathy or support for a hostile organization, its actions or objectives”. For such offenses the law foresees a prison sentence of up to ten years.

However, Palestinians are facing threats not only in the West Bank. In Gaza, Hamas security forces recently assaulted and arbitrarily detained peaceful protesters, journalists, and Human Rights Defenders in the context of the “We want to live” protests that advocated for better living conditions in the Strip. Security personnel also restricted journalists’ access to the protests and confiscated footage and equipment. The de-facto Hamas administration in Gaza has intensified its repression of freedom of expression, particularly targeting political opponents. Security forces routinely clamp down on activists, journalists and the media by arresting, harassing or intimidating them, and monitor social media for critical content. They frequently silence critics and prevent people’s access to information. A report by Human Rights Watch, published in 2018, argues that “authorities [had] established machineries of repression to crush dissent, including through the use of torture”.

Increasingly, the walls are closing in on outspoken activists and Human Rights Defenders like Issa Amro, as Israel, the PA and the de facto authorities in the Gaza Strip are united in their opposition to freedom of speech and freedom of expression in the occupied Palestinian territories.