As part of a series of workshops entitled “Facilitating the Debate on Social Democratic Values“, FES, in cooperation with her partner organization Shabibeh-Fatah, conducted the first workshop on July 21, 2018 in Qaliqilia on “The role of the youth in creating change”. 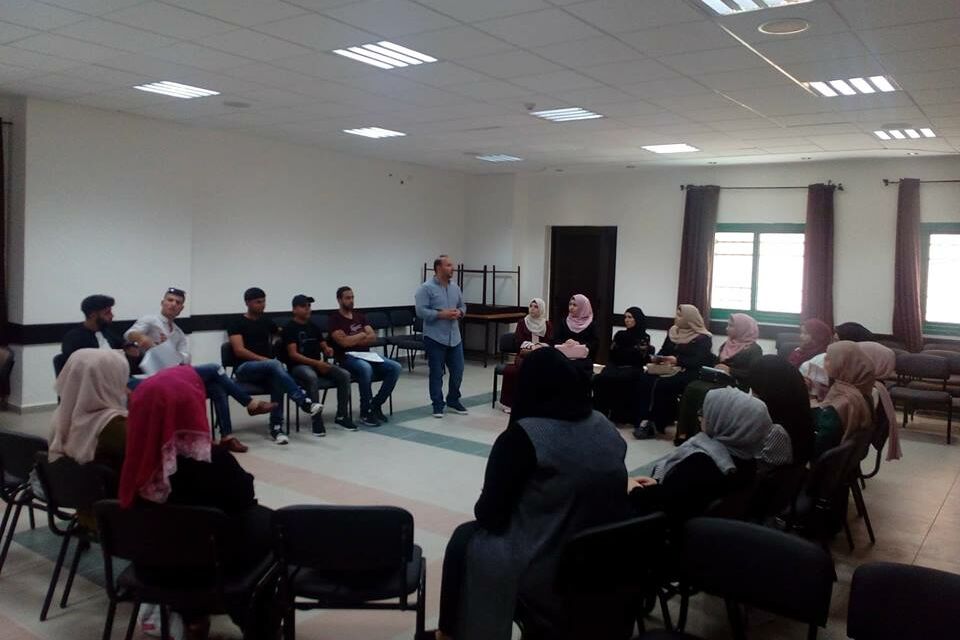 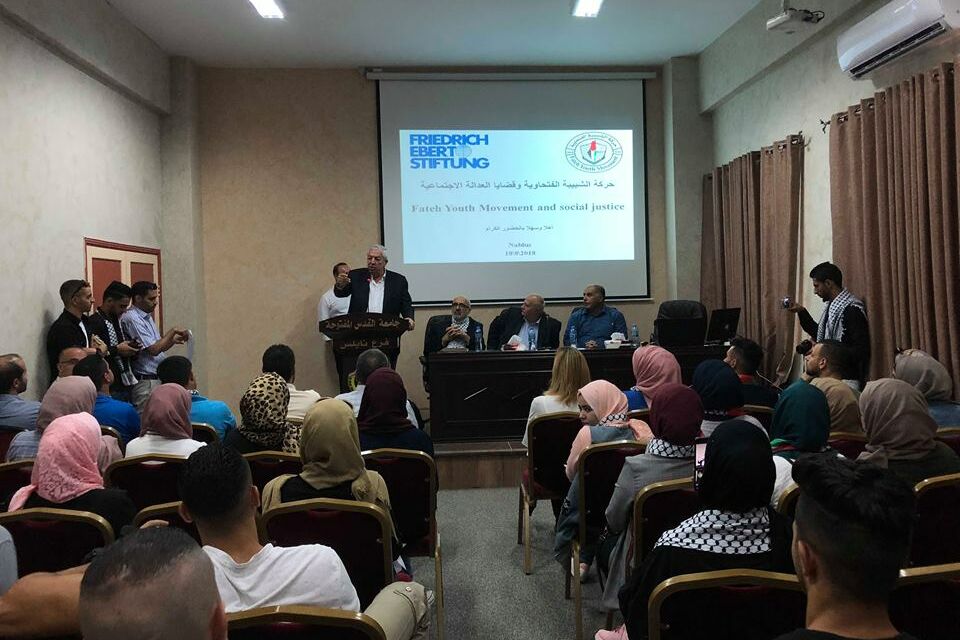 In different group activities the participants addressed questions considering the challenges and opportunities to youth, as well as their role in the Palestinian society. Thereby definitions of Social Justice were elaborated in regards to democratic life. In conclusion the participants discussed the ability of the youth to bring about social changes in society.

During the second workshop on July 24, 2018 in Tulkarem, young individuals vividly discussed the right of free and equal education. The participants elaborated the role of education in society and what impact it has on the process of democratization in Palestine. The majority of the participants was in favor of the idea that education is an important aspect in raising a conscious generation of Palestinians and elaborating social justice issues.

On July 25, 2018 the third workshop took place in Ramallah, where participants talked about Social Democracy between secularism and traditionalism in Palestine. They dealt with democratic values and tensions arising in the Palestinian context. The young individuals took part in a constructive debate of the issue.

In the fourth workshop on July 28, 2018 in Nablus, we addressed the issue on inner party democracy inside the Shabibeh Fatah. First of all, each participant gave a brief definition on his or her understanding of democracy in general and within Fatah specifically. During a debate the young individuals evaluated the democratic structures inside Shabibeh Fatah. In a second round of discussions they brainstormed about elements of democracies such as free and fair elections, representation and the rule of law.

The fifth workshop in this series was held in July 29, 2018 in Tubas, which fell under the topic of “The role of the female members in the decision-making process inside the Fatah Youth Movement”. In a first session the young participants explained their different point of view on understanding the role of women and men inside the Palestinian society and which responsibilities and challenges they are facing. Followed by a group exercise, they discussed the opportunities of women as members of Shabibeh Fatah to bring political and social changes inside the party. In the end they addressed the influence of women in the decision-making process inside Fatah.

In the previous workshops the members of Shabibeh Fatah showed a strong interest in issues of social democracy and all its related aspects. They discussed in an excited and critical fashion and were highly motivatied to contribute to a positive change in their society. &nb