On 24.05.2018, the Friedrich Ebert Foundation (FES) met with representatives of various Jerusalem-based partner organizations for a panel discussion titled, Jerusalem: the Socio-political Situation 70 Years after the ‘Nakba’ ‘. to exchange views on the meaning and current political relevance of the Nakba. 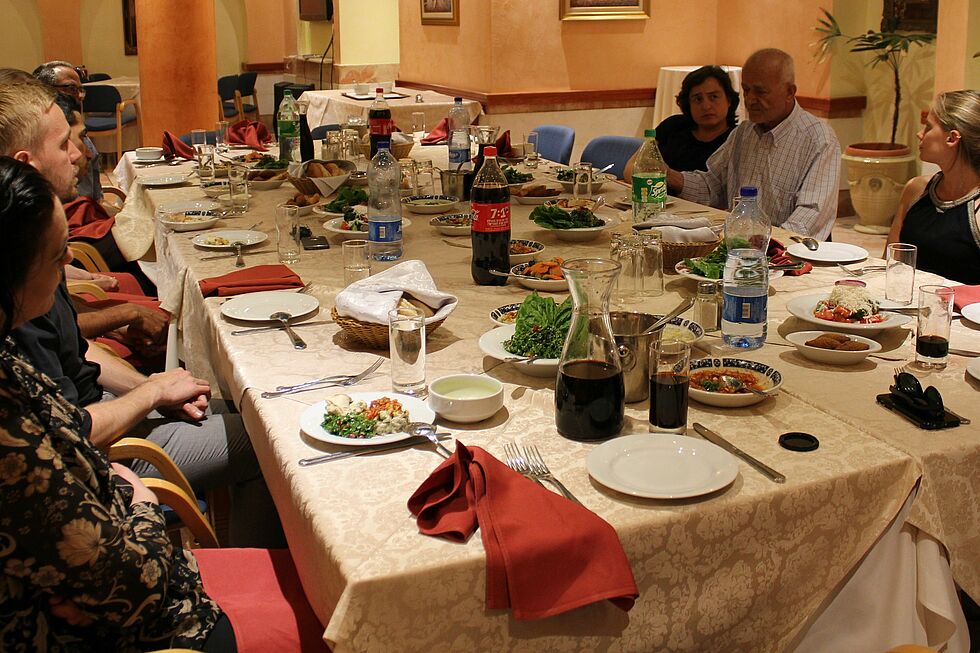 Following a lecture by PIJ editor-in-chief Ziad Abu-Zayyad, focusing on the historic events since the Nakba and possible future developments in the situation of Palestinian refugees, participants discussed the symbolic significance of the Nakba and current political protests in Gaza.

In her closing remarks FES director Dr. Beyhan Şentürk emphasized the relevance of an exchange about the historical and symbolic significance of the ‘Nakba’ for the further political development of the region.