The United Kingdom referendum on European Union (EU) membership, which took place on 23 June and resulted in a vote to leave, has dominated the international political discourse since then. Against this background, the Palestinian Academic Society for the Study of International Affairs (PASSIA) organized in cooperation with the Friedrich-Ebert-Stiftung (FES) a discussion on 12 July focusing on the topic “Brexit –Repercussions on the Middle East and on EU and UK Foreign Policy”. 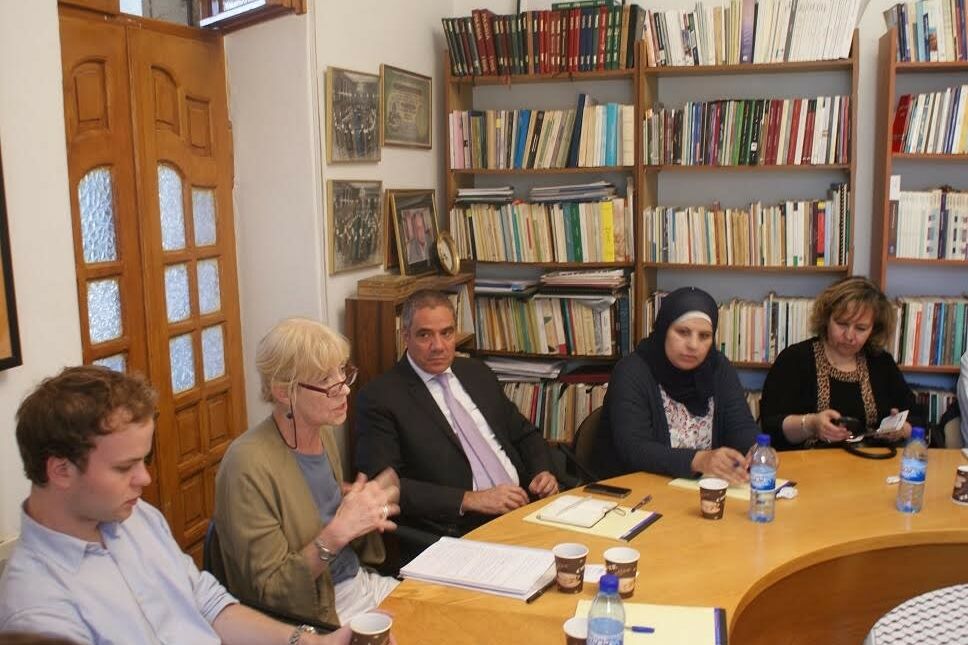 Dr. Rosemary Hollis of the City University London joined the discussion as speaker and the opening comments by the professor for Middle East Policy Studies provided a helpful insight into the current political situation for the 20 participants in attendance. The presentation illustrated possible scenarios and prospective developments in the United Kingdom, Europe and the Middle East.