The 4th roundtable discussion hosted by the Friedrich-Ebert-Stiftung (FES) and its partner, the Palestinian Academic Society for the Study of International Affairs (PASSIA), took place on 8 October 2018 and dealt with “Jerusalem, Palestine, and the ʻJewish Nation-Stateʻ Law“. 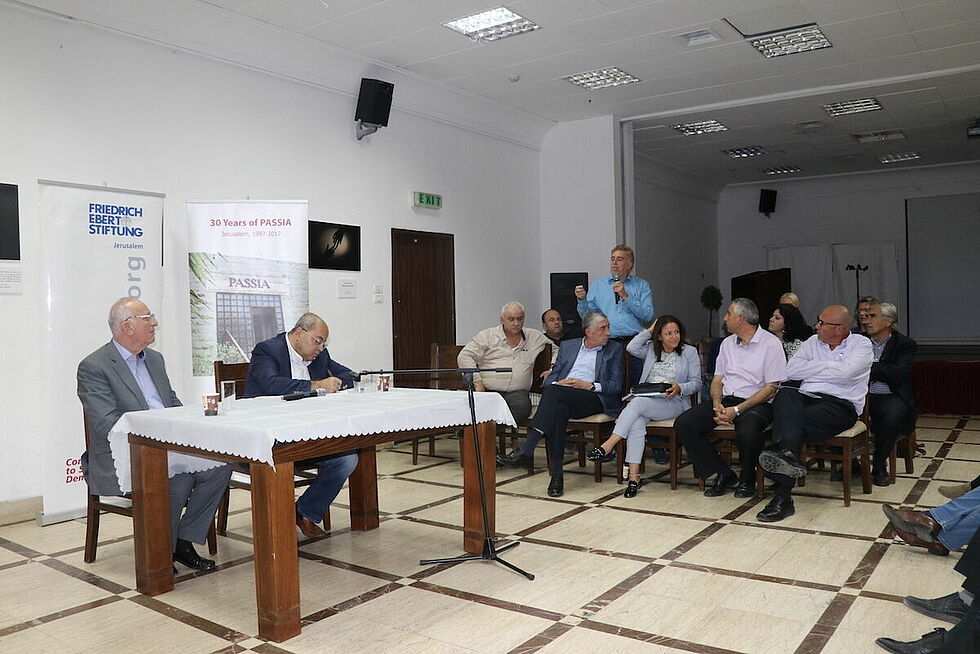 Since the Israeli Knesset adopted this Law in July 2018, which enshrines Israel as “the national home of the Jewish people”, the Palestinian minority in Israel and in particular the Palestinian citizens of East-Jerusalem have voiced their concerns.

Dr. Mahdi Abdul Hadi, Chairman of PASSIA, introduced the prominent speaker Dr. Ahmed Tibi, a member of the Knesset and the head of Jerusalem Committee in the Arab Joint List, who campaigned against the passing and implementation of the new Law. In Dr. Ahmed Tibiʹs speech he explained the development of this legislative proposal, the immense impact on the Palestinian people in light of their future status in Israel and the possible effect on Israel’s democratic standing in the world. He emphasized measures and activities that have been undertaken to work against the implementation, such as demonstrations, rallies, and consultations with the UN and the EU.

He concluded with outlining different options for dealing with the law in the future, also in perspective of possible solutions of the Middle East conflict in general. Afterwards a lively discussion with the audience ensued. The contributions also outlined concerns about future developments under the influence of the Nation-State Law.