On the 22.05.2018 the Friedrich-Ebert-Stiftung (FES) met with board members of its partner organization, the Palestine-Israel-Journal (PIJ), to discuss topics for its pending publication. 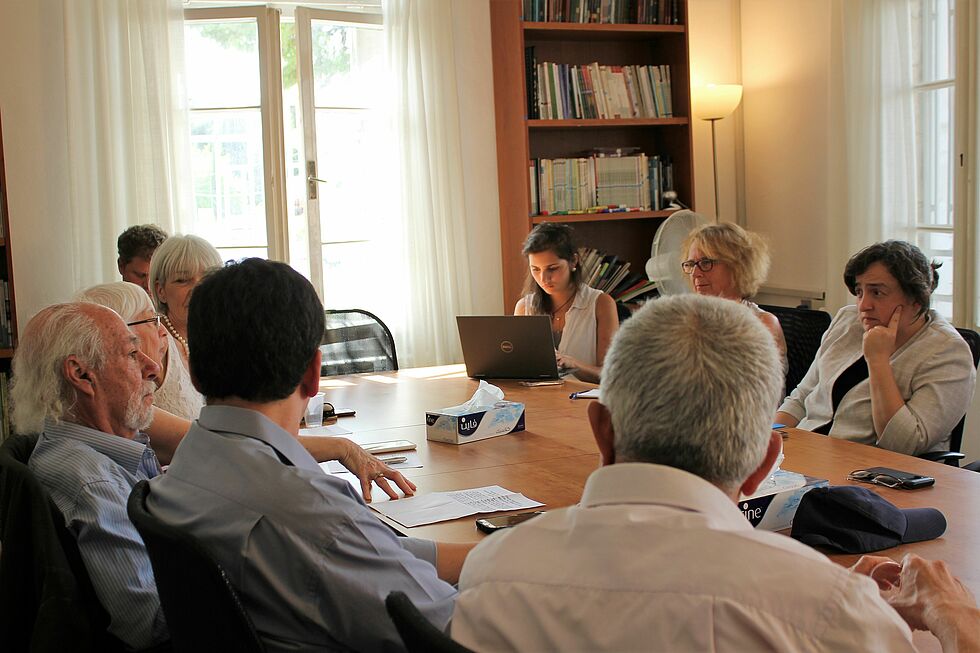 The issue, which is going to be published in a cooperation between the FES and the PJI in the second half of the year, will cover different aspects of the Oslo Accords. The signing of the declaration of principles on temporary self-government marks its 25th anniversary this year.

The discussion focused, among other things, on the permanent institutional changes which were implemented as part of the Oslo Accords and how they still influence the conflict today. In addition, the participants discussed the extent to which the Oslo agreement is suitable as a starting point for the drafting of new treaties, and which advantages and disadvantages temporary agreements have in the long term for the political situation. In the following weeks the details regarding the publication will be determined.