In another cycle of violence in Gaza, the PA has remained unable to exert influence to halt the suffering of Palestinians in the blockaded Strip. This shines even more light on the ever-deepening Palestinian schism and internal division. 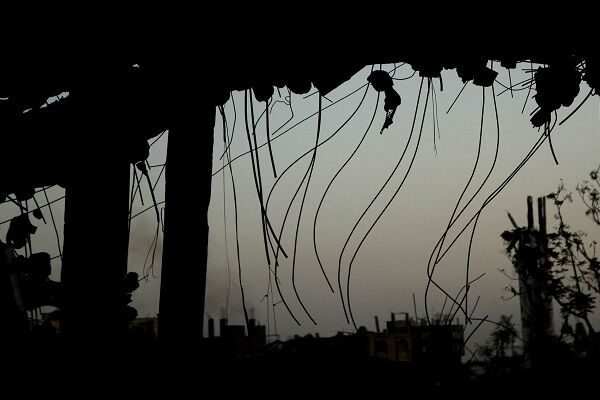 Last weekend, the violent escalation in and around Gaza shook the region. Within three days, 320 attacks were made on many structures in Gaza by the Israeli forces, including the electricity network, the fishing port and a library. From Gaza, nearly 690 rockets were launched to Israel of which the Iron Dome, the Israeli mobile air defense system, intercepted 240. 29 people lost their lives in the three days of bombardment.[1] Unfortunately, in multiple respects, the events repeat a chain of familiar circumstances until a ceasefire has been reached with Egyptian mediation.

Similarly to previous conflicts, the Palestinian Authority role and effectiveness in ending the hostilities remains unclear. Despite its de jure representation of all Palestinians in the West Bank and Gaza, the PA’s lack of control over Gaza or leverage over Gaza’s de facto leadership has sidelined it. Neither was the Palestinian Authority’s leadership included in the armistice talks, nor was any official statement made about the escalation while it was taking place during the weekend.

Looking back, the Palestinian Authority has rarely been meaningfully involved in the Gaza-Israel conflict, even though it is the official representative of all Palestinians in the Westbank and the Gaza Strip. The Gaza War of 2008-2009 ended with unilateral ceasefires – announced by Israel and Hamas. Similarly, in November 2012, the Operation Pillar of Defense ultimately ended with a ceasefire mediated by Egypt between Hamas and Israel. After this eight-day military confrontation, both sides claimed victory. Likewise, there was no involvement of the Palestinian Authority during the war in 2014, also known as Operation Protective Edge, which lasted seven weeks. Several temporary humanitarian ceasefires were reached by UN interference until an open-ended agreement on ceasefire between Hamas, the Islamic Jihad and Israel, could be reached.[2]

Last weekend, once again, the negotiations for a ceasefire took place between Israel and Hamas under Egyptian mediation. On Monday morning, at 4:30 a.m., both sides agreed on a ceasefire.[3] The agreement consists of six primary clauses, including a comprehensive ceasefire, the transfer of money by Qatar to Gaza, the easing of border crossings, medical and humanitarian aid, and the rebuilding of Gazan infrastructure with the help of foreign funding.[4] The three days that preceded the ceasefire were marked by the most serious confrontation between Gaza and Israel since the 2014 war. On April 30, the Islamic Jihad launched a rocket to the Israeli coast out of several tactical considerations. First of all, there was no expectation for a violent reaction of the Israeli military because of the upcoming Independence Day and the Eurovision Song Contest. At the same time, the situation in Gaza has become increasingly tense during the past weeks due to the Israeli delay to comply with the implementation of an earlier agreement concluded between Hamas and Israel in March 2019, according to which Israel would ease border crossings and allow Qatari financing into the Gaza Strip. Especially in the run-up of the holy month of Ramadan the harsh economic situation poses major problems for the Gazan population.[5]

Nevertheless, the Israeli military responded immediately with an airstrike and the reduction of Gaza’s fishing zone to merely six miles to the rocket. The situation further escalated during the regular Friday protests on the Gazan border when a jeep of the Israeli military was set on fire. During the protest, two Hamas fighters and two Palestinian activists were killed by the Israeli military.[6] After the initial escalation, three days of violence resulted in over 30 fatalities and many more wounded.

Only in the aftermath of the confrontation, on Monday morning during the weekly Palestinian Authority Cabinet Meeting, Mohammed Shtayyeh, Prime Minister, addressed the international community calling them “to stop Israeli aggression against Palestine and to provide international support for its people in Gaza”[7] and welcomed the efforts to secure a ceasefire agreement. Likewise, he stressed the significance of Palestinian unity[8] - which seems unlikely to be reached in the near future. Especially, because all attempts in the recent past to successfully conduct reconciliation talks between the Palestinian Authority and Hamas have failed. It is the people of Gaza on whose back this failure is being carried out.

According to Chemi Shalev, Haaretz correspondent, the maintenance of Palestinian division is among the main concerns of Benjamin Netanyahu, Prime Minister of Israel, and his allies: “His strategy kept Hamas in constant survival mode, weakened Abbas’ claim to represent the entire Palestinian people and gave Israel excellent talking points about the lack of Palestinian partners. […] Netanyahu prefers a terrorist Hamas in Gaza that has no interest in a two-state solution over a Fatah or united Palestinian Liberation Organization (PLO) regime that would collaborate with Israel on security matters but continue to demand full statehood in the pre-1967 borders.”[9] In this respect, the Palestinian Authority’s absence in the Gaza Strip is not only a favor to Netanyahu, but also a major challenge for a reunited future Palestine.