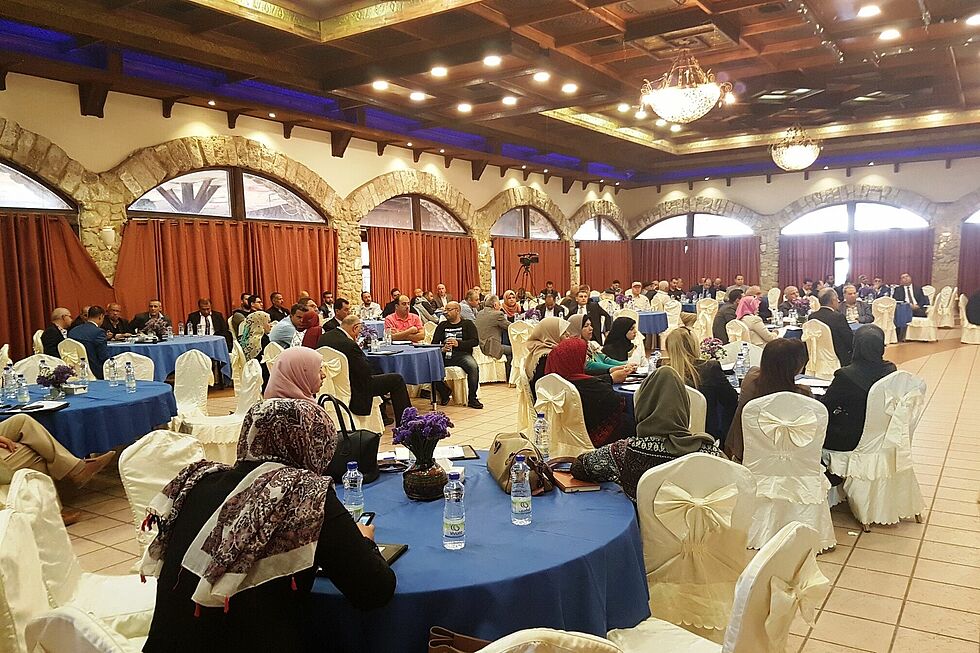 The conference was held in two sessions; whereas in the first session the official political positions were discussed, within the second session the positions by distinguished researchers and academics were pointed out. In the first session, Dr. Ahmed Al-Majdalani, a member of the PLO-Executive Committee, explained the challenges the Palestinian issue is currently facing, especially concerning the US policy and its decisions regarding East Jerusalem.