On Tuesday, a few kilometers outside of the Palestinian city of Khan Yunis in the besieged Gaza Strip, Israeli aircraft sprayed the border area between Israel and the Strip with weed killer. 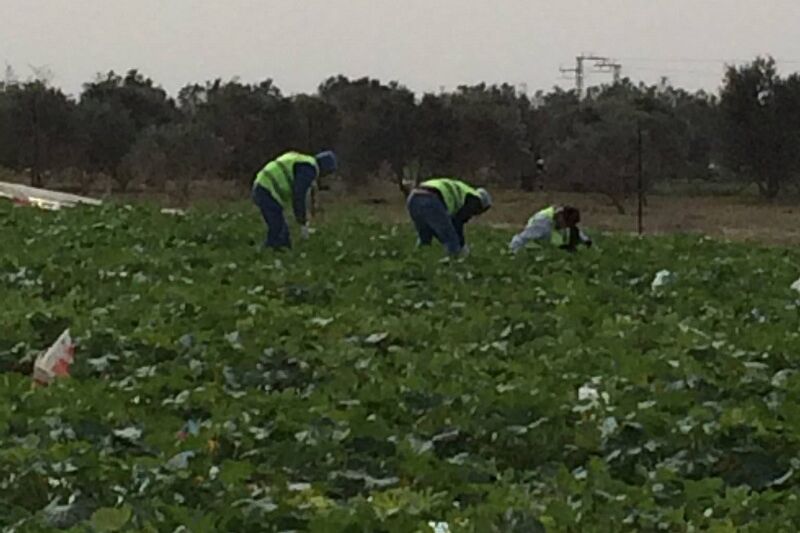 According to a Maan News report, the act was interpreted by Palestinian farmers as an attempt to kill wild plants and other crops in order to "guarantee clear vision for the Israeli army to watch the area and prevent entry of Palestinians into Israel". Palestinian agronomists and the Palestinian Ministry of Agriculture have repeatedly asked international human rights groups to intervene to stop Israel from spraying weed killer near the border area. "The excess spray can travel up to 1,200 meters through the air away from the buffer zone, burning crops and causing farmers huge economic losses", stressed one Palestinian agronomist. This measure has prevented Palestinian farmers from growing crops on their lands, thus highlighting one of many issues relating to Palestinians’ lives and livelihood arising from the existence of the buffer zone in the first place.

The area on the Palestinian side (western side) of the heavily militarized border is known as the "Access Restricted Area" (ARA) or the buffer zone. According to Premiere Urgence Internationale – a French NGO supporting and protecting Palestinian farmers – the ARA is a no-go zone of up to 300 meters. Even land within 1.5 km of the border fence is considered a high-risk area. In total, the ARA represents 17% of the Gaza Strip’s entire surface (62.6 km2 out of 365 km2) and roughly 35% of the farmable land. 40% of the besieged enclave’s already limited agricultural exports come from the ARA and the total estimated loss due to Israeli restrictions stands at $50 million per annum. Furthermore, The ARA is a no build zone: 100% of structures located in the ARA within 500 meters from the border have been destroyed as well as 75% of those within 1,000 meters. The presence of the ARA affects the access of 4,800 students to their 13 schools that exist in the area. Moreover, in the two years since the devastating 2014 war, 31 Palestinians have been killed and 1,441 others have been injured in the ARA. Thus, aside from hindering Gazans’ freedom movement, the existence of the ARA threatens their livelihood, their education and often their lives.

The ARA is not a new concept. The Palestinian Liberation Organization and the Government of Israel agreed to its establishment in the aftermath of the Oslo Accords in 1993; in particular during the Agreement on the Gaza Strip and the Jericho Area, signed in Cairo on 4 May 1994. The agreement stipulated that “existing buildings, installations and natural and artificial culture in the Gaza Strip within a distance of 100 meters [...] shall remain as they are at present” and that building within the next 500 meters is permitted but under strict regulations. However, since the beginning of the Second Intifada in 2000, Israeli forces have steadily and unilaterally expanded the zone. The expansion of the ARA reached its peak in the interim period between 2009 and 2012, when in practice the "no-go" zone reached 500 meters and the "high risk" zone reached 1,500 meters from the border fence according to Premiere Urgence.

While Israel justifies the buffer zone as a necessary security measure, Palestinians’ livelihood and lives are constantly put at risk. Even the pesticides that Israeli farmers use, on the Israeli side of the Gazan border, have been found to increase the risk of deadly diseases including Parkinson’s, according to a Haaretz story from September 2015.

Israel’s policy concerning the buffer zone is of grave concern. As the population of the Strip grows - already regarded as one of the most densely populated areas in the world - Gazans are bound to move closer to the Zone. As such, Israel needs to allow its neighbours the freedom to live in health and security.