A delegation of German parliamentarians representing the German Social Democratic Party visited Palestine last week and discussed with a variety of Palestinian key decision makers the current status of private and public security in Palestine and the means of improvement. 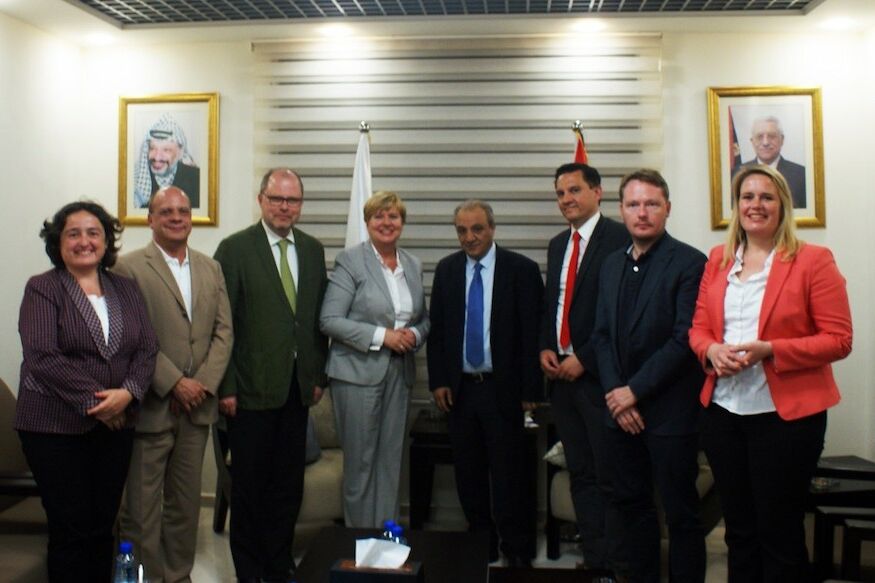 The delegation consisted of Johannes Fechner, Christian Flisek, Michael Hartmann, Eva Högl, Christina Jantz-Herrmann and Christian Lange. The program centered on the question “What kind of security do Israelis and Palestinians need?” where the parliamentarians contributed their input for possible solutions on security issues. The Social Democrats met various Palestinian stakeholders including Jibril Rajoub, Secretary General of the Fatah and Majid Faraj, Director of the Palestinian General Intelligence Agency whereas they discussed among other issues the security cooperation between Israel and the Palestinian National Authority.

Furthermore, Issa Qaraqe, Head of Commission for Detainees and Ex-Detainees Affairs (CDA) reported on the conditions for Palestinian detainees in Israeli prisons and German parliamentarians delivered their input for means of progress in this respect. The parliamentarians also explored the security situation in the West Bank in the context of Israeli settlements´ policy and debated the current security status with representatives of the NGO Breaking the Silence. The program ended with a final discussion on security aspects with the German Representative Peter Beerweeth.