A delegation of Members of the German Bundestag from the Social Democratic Party of Germany (SPD) visited Palestine for an information- and consultation program on cultural politics. 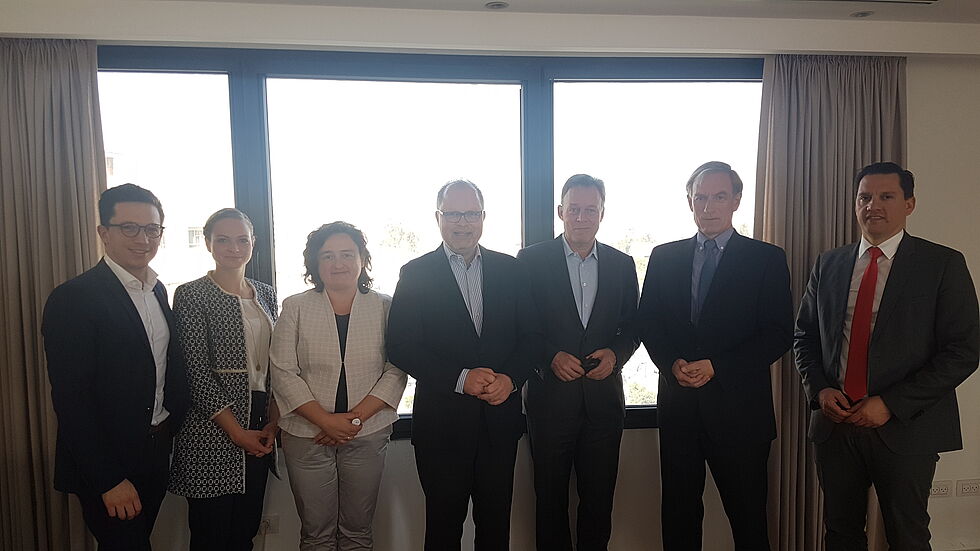 The parliamentarians met with a variety of actors from civil society and politics, including the Palestinian Minister for Culture, Dr. Ehab Bseiso. The program was organized by the Friedrich-Ebert-Stiftung (FES) Palestine office and featured discussions on culture, cultural policies as well as their implications in the context of fragmented statehood.

During their stay in Palestine they discussed, the role of private actors in the Palestinian culture sphere with the A.M. Qattan Foundation, spoke about the importance of a vital cultural scene and governmental policies with the Minister of Culture, Dr. Ehab Bseiso and emphasized aspects of sustainability of cultural activities and cultural industries in Palestine with representatives of FilmLab Palestine.

During a meeting with the Representative of the Federal Republic of Germany to Ramallah, Peter Beerwerth, the participants discussed current political issues in Palestine. In addition, the delegation met with representatives of several cultural and civil society institutions in Ramallah and East Jerusalem, discussing the relevance of their work in a challenging political environment. Throughout these consultations they focused on the promotion of Palestinian identity, including the specific challenges arising from territorial fragmentation.

The vibrant exchange provided new perspectives on Palestinian culture and cultural politics and led to a better mutual understanding of the role and importance of cultural politics in the promotion of lively and active civil society.